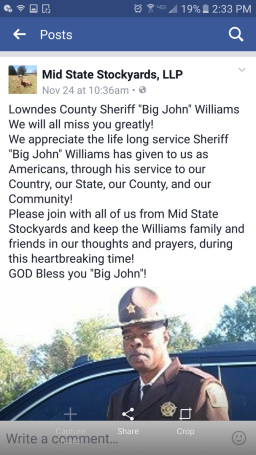 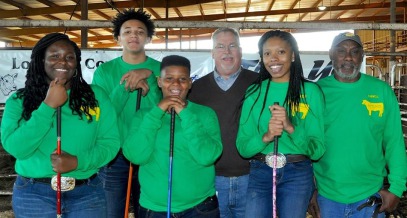 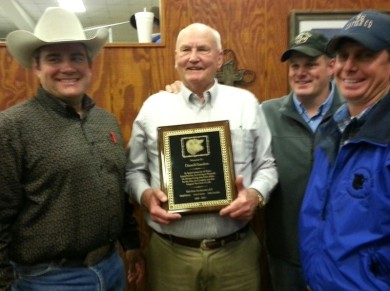 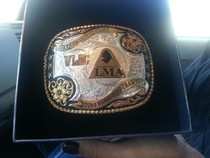 Congratulations to Billy Younkin who earned the Stanford Runner-Up Champion at the World Livestock Auctioneer Championship Qualifying event held Monday, Oct. 21, 2013 at the Bluegrass South Livestock Market in Stanford, Kentucky. Billy will be competing in the World Livestock Market Association Championship this week, June 19-21, 2014 in Knoxville, Iowa. This may be viewed on the internet at www.lmaauctions.com. Interviews take place Friday afternoon and Auction Competition will take place on Saturday at Knoxville Regional Livestock Market from 8am to 5pm.

Good luck Billy! We are proud of you! 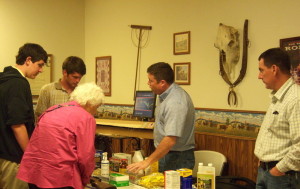 Pictures from Cow/Calf Producer Meeting May 14, 2013 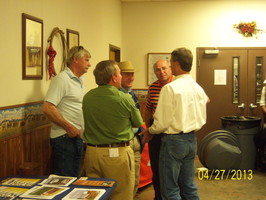 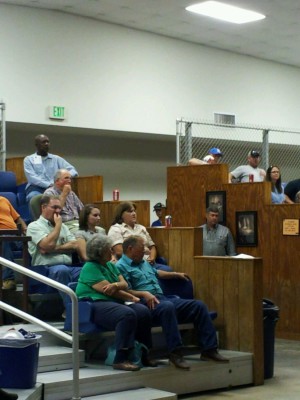 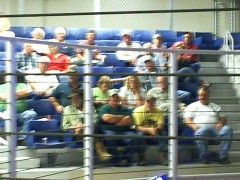 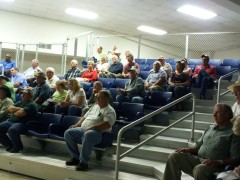 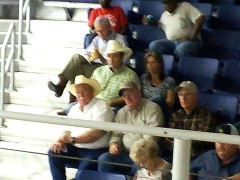 Thank you to all the Producers and Buyers who attend our Stock Cow Sale on May 21, 2013!

A special thank you to Southern Cattle Company for outstanding Bulls!

SANDERS, Darrell D., 76, of Huntsville, AL and formerly of Montgomery, AL, passed away Saturday, April 23, 2016. A Memorial Service will be held at 11:00AM on Wednesday, April 27,2016 at St. Paul’s Lutheran Church in Montgomery, where he was an active member for over 50 years.  Mr. Sanders was a long time cattle broker, buyer and stockyard manager. He was preceded in death by his parents, Thomas A. and Nettie S. Sanders; brothers, O. G. and L. T. Sanders, and sister, Stella Pruitt.  He is survived by his wife of 52 years, Cullene V. Sanders; son,  Jeff Sanders & wife Allyson; daughter, Kim Sanders; grandchildren, Brooks and Isabella Sanders; sister Illene Lewis, and numerous nephews and nieces.  In lieu of flowers, the family requests that donations be made to St. Jude Children’s Hospital or a charity of choice.

Where to Find Us:

To accommodate our customers' busy schedules, we have receiving hours in

Mondays -Tuesdays : 7 am Mon. through end of sale on Tues.

Located on Hwy  231 near Titus

and Dinner if sale goes late